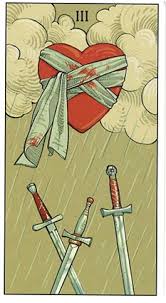 Some new results surfaced and it was reported that Miss Victoria deserved more credit for her contribution to Tony’s life. According to the paperwork, their relationship was meant to be validated. This was baffling and unsettling and obnoxious news to me, but also most probably irrelevant, because the much more bizarre and stunning fact at the moment was that our former lover Tony was back from the grave and standing right in front of the both of us. He had that guilty “oopsy-daisy” caught in a little lie look and shrug to him. He towered over us, due to us both being petite, but with a look of concern, because he knew looking back up at him, right then, we had the power. He is so damn handsome, and in an attempt to be mature, non-partisan and rejoice in our great fool being returned from the dead we let the latest apparition sink in.
But what now?? We knew our time together would be brief and we must enjoy it, keeping it simple. We walked around this marvelous spring day sometimes linked arms, Tony always in the middle. Mostly the two of us gals watched in awe, at every of Tony’s movements and he did most of the vintage store shopping and bought almost everything he tried on. Probably also sticking a few extra prizes in his pockets. The day was becoming evening and we agreed to get dinner together. It was quite a frustrating shuffle of arms and chairs and grunts and glances as we both struggled to sit the closest to him. We finally settled in an isosceles triangle formation as the table rocked almost knocking over all the glassware. Tony reveled in the attention.
Victoria inevitably had to get up to use the ladies room, and I had strategically stopped drinking and was willing to risk a UTI. I used our moment alone, with determined eyes, and probably a little tilt of the head, looking directly into his eyes, to ask every question I ever wanted to ask this dead man I love so much. He replied simply with “I love you Mare”. Mare was always his clever nickname for me. We made many clandestine plans and very much looked forward to them. Conversations remained relatively polite as we continued into the evening as a undesired threesome.
Finally, I had to depart briefly myself, and had only turned about 90 degrees without a step forward on the ground before Victoria crawled up on him like a slobbering scared baby bear on bath salts. As I swung back around, I already had most of her hair in my hand and used it to slam her head directly on the table. THUMP and CRASH went all the dinnerware. I was able to kink her neck and then look her straight in the eyes. “OH, NO.’ is what I think I said to her. A bystander sitting nearby expressed that I “may want to cool it”, before I get kicked out.. She was right but I had mixed and not too strong of feelings about that matter.
Tony, although still amused that he was the center of this ruckus was also worried about the entanglement. I agreed to “level the playing field” and posed for a straight shot right in my face for her rebuttal. Arms back and cheeks out I told her to go ahead, take her best shot. She revved up like a cartoon character, swinging her arm around and around, I think I saw tracers, but her fists didn’t get any bigger. She came at me with her full force, but as she did the floor mat under her bunched and sent her into a face plant on the floor right in front of me. With my arms unprepared I was only able to lend the aid of the tip of my sneaker ever so slightly catching her chin before major impact and injury. We agreed to “call it a tie” at that point. I chuckled. Good riddance to Victoria as she forcefully flipped her long red hair, hiding her bruised ego and headed to the exit door.
I took a deep breath as I looked to Tony and just like that he seemed to disappear as he had appeared, in the style of a Cheshire cat and with the same sly smile. I didn’t get a kiss goodbye but luckily I felt like I did.
I scrambled picking up the pieces of those things spilled in the tumble which also resembled my feelings inside. I slowly rose up and was then standing very much alone. Still feeling “what now??” I took several more deep breaths fighting off the undercurrent of stormy tears. I was most relieved when the next surprise was two actual living friends of mine showing up.  They saw and called to me from down a long hallway and invited me join them to play at a nearby video arcade. ©